Best limousines to own 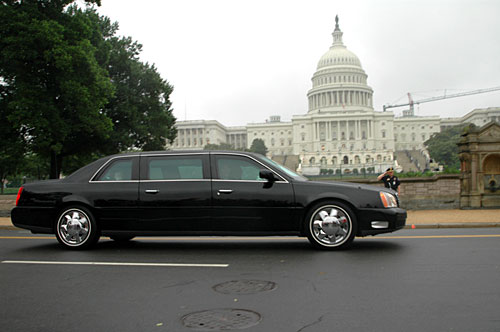 Unless you’re going stretch, limousines can be seen as a good investment: they don’t go out of style, don’t lose much value and are built to last. A decade from now, a decently-kept limo will still look every bit as good and will fetch a high price if the mileage on the odometer isn’t reaching astronomical levels.

If you’re thinking of buying a limo, know that there are plenty of ways to get your money’s worth – from head-turning cruises around the neighborhood to using the limo to generate income, there’s no shortage of uses for these luxurious vehicles. Here are some of the best ones to own along with their prices and perks.

Audi A8: The A8 has been out on the market for a long time and is still considered Audi’s top car, which should say something about its build quality. Any newer Audi A8 easily ranks among the more beautiful imported limousines and its design is sure to get people thinking about your income. Helping Audi’s sales further is the fact that the A8 was used by action hero Jason Statham in his famous Transporter movies – if you’ve seen them, you’re almost guaranteed to be stuck with a deep-rooted desire to own the car. And while you might not be able to drive quite as sharply as Statham, the A8’s steering is still a breeze even to the most inexperienced driver. Price: $82,000

Mercedes-Benz S350: The S350 and the A8 have something in common: both are luxury sedans that are considered the manufacturing pinnacle of their respective companies. In Mercedes’ case, the matter is highlighted further since S-Class vehicles are meant to be the best of the best – since the S350 is the most prestigious vehicle in the S-Class category, it’s seen as Mercedes’ ultimate limousine. And while no Statham-esque character gave the car a good name by performing stunts across tight alleys, you’ll still capture onlookers’ attentions and enjoy a smooth ride in a car that makes even bumpy roads feel as if they were made from flat rubber. Price: $95,500

Cadillac Escalade: Not content with sedans? Cadillac’s Escalade is one of the few vehicles out there that fit both the ‘SUV’ and ‘limousine’ categories. With this model, Cadillac aimed to take all the robustness of an average SUV and wrap all the luxury of a Caddy limo around it. For the most part, they’ve succeeded: the Escalade is considered an innovative and prestigious vehicle that most would be happy to merely get a chance to drive. Like the other vehicles on this list, the Escalade has also been at the top of its game for a while and is sure to remain a hot item even as the years progress. Price: $74,000

Lexus LS: If you’re not in the mood for American or European manufacturers, how about considering a limousine from Japan? The LS has been Lexus’ flagship model for many years and its reliability seems to increase with each new series (as opposed to decreasing like with most other vehicles). Sure, the LS might not have the name value of some other limousines on this list, but it still looks the part and performs every bit as good as you’d expect it to. Price: $72,000