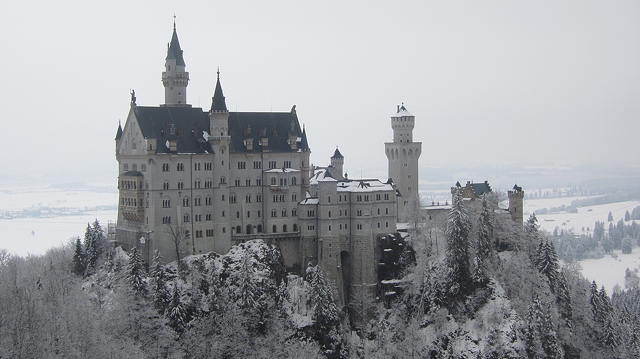 With the extravagant lifestyles of the American upper class taking center stage so often, we tend to forget that Europe has its fair share of riches, too. In fact, European mansions and castles are among the most beautiful and luxurious in the world – some built for old royalty, others tailor-made for modern-day moguls, but each of them carrying the unmistakeable layer of prestige that these homes are known for. Here are some of the best luxurious structures in Europe – if you can make the trip to any one of these, you won’t regret it.

Westenhangar Castle: Castles don’t get sold very often, but if you’re looking to get one, Westenhangar should be thought of as a top pick: for around $3 million, you’ll get a nice towering building in English countryside that isn’t nearly as secluded as some other castles – after all, what’s the point of owning such a structure if you can’t show it off to your neighbors? History is another thing that this castle has going for it: it’s been in use for centuries and its current iteration is the result of over a decade’s worth of renovations.

Villa Leopolda: If we’re talking about the history of mansions and castles, Villa Leopolda deserves a mention: this mansion was built for the King of Belgium, Leopold II himself, over a century ago, so you’ll know no expenses were spared in its construction. The entire property is exceptionally massive and requires that dozens of personnel be employed full-time to maintain the mansion’s appearance. Unfortunately, with size and a big name also comes a hefty price tag: to get this European mansion, you’ll have to part ways with a little over $700 million.

Balmoral Castle: We’ll have to disappoint you: Balmoral Castle isn’t for sale. It belongs to the Scottish Royal Family and, being a large medieval castle sitting on beautifully-maintained windy plains, looks every bit the part. While you can’t buy the castle, you can pay it a visit: going to this picturesque place and taking some selfies might come as a decent consolation prize for those who hoped to own it.

Lillesden Estate Mansion: While not as famous as some other entries on this list, Lillesden is every bit as staggering: the old mansion was built a century and half ago as a personal residence of a banker who spared no expenses. Eventually, the mansion would become a girls’ school before being abandoned around the turn of the century. This also makes Lillesden unique among the mansions listed – despite being a truly marvelous structure, it has no present owner and has noticeably fallen into dilapidation.

Thurland Castle: While this English castle is notable for a number of things, most who are familiar with the structure will instantly think of Thurland Cottage: this building was recently put on sale in a peculiar capacity that makes the buyers owners of the cottage but not the surrounding property as well. It might not sound as fun as owning a complete castle and the terrain around it, but it’s still one of the best ways to live on maintained castle property without spending a gargantuan sum of money.