Top mansions in the US 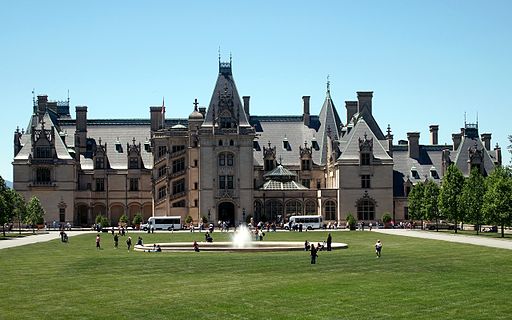 The United States are home to some of the most amazing mansions on the planet. Having housed the rich and powerful for generations, many of these mansions have a rich history and even host tours for the public. Some are even purported to be haunted!

Here’s a list of some of the top mansions in the U.S., together with what makes them so special.

Fairfield Pond: It feels wrong to call Fairfield Pond a mansion since its dimensions comfortably exceed those of most other mansions in the world. Custom-built by billionaire businessman Ira Rennert, the mansion is a prime example of the lavish lifestyle of the ultra-rich and those with too much money on their hands: among other extravagant amenities, the mansion is equipped with a pool that costs $150,000 on its own and perfectly showcases the mansion owner’s attitude towards spending money.

Barbie Mansion: Most girls spend their younger years dreaming about owning a model of a Barbie mansion. But what if they could have the real thing? Believe it or not, California is home to the world’s largest and most luxurious real-life Barbie mansion with all the outlandish perks you could expect from such a structure. To further increase the property’s value, the mansion also hosts numerous life-sized Barbie dolls.

Maison de L’Amitie: When he isn’t running for President, Donald Trump is buying real estate: the beautiful Maison de L’Amitie ranks among the more famous Trump properties and the mogul has owned it for a number of years. While the purchase price of $40 million is hardly what most people would call a bargain, Trump undoubtedly feels he got one: after some renovations, the property is now worth upwards of $100 million.

Versailles Florida: While Donald Trump was content with simply purchasing his mansion, fellow rich person David Siegel wanted to make one instead: Versailles Florida was erected to be the crown jewel in Siegel’s possession and make his neighbors jealous, although its construction was eventually abandoned. Despite this, the mansion is still worth close to $100 million on the market.

The Pinnacle: Nothing quite like spending a little time in a cabin in the woods, away from it all – many consider this to be the most relaxing type of vacation (or even lifestyle). If you’re a billionaire, this building will try to deliver all the joys of living in the middle of a snowy wilderness without forcing you to make any compromises: despite being cottage-styled, the appropriately-named Pinnacle comfortably fits the ‘mansion’ category. And what’s so special about it? Well, you won’t get cold, for starters: the combination of heated floors and abundant fireplaces makes the Pinnacle one warm lodge. Of course, there are dozens of other features you’d expect from such a place to go with a modest price tag of $150 million.