What is a mansion? 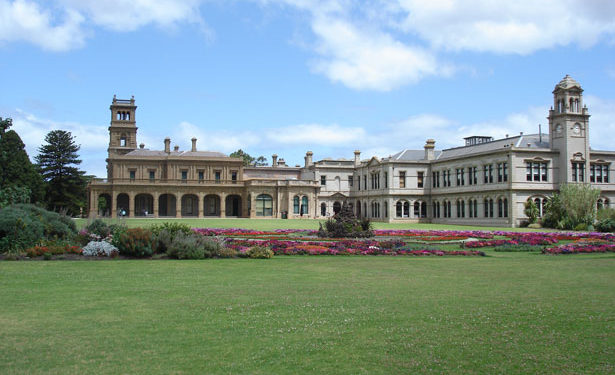 There probably aren’t very many people who wouldn’t like to live in a mansion. But there’s more to it than just the appeal of the structure itself: merely being able to say your home is a mansion is privilege enough already.

But what really constitutes a mansion? Admittedly, the definition is a bit muddy and the general understanding of what a mansion should be like has changed considerably over the years.

What gives mansions their titles

Before delving into semantics deeper, the first thing to point out is that a mansion is supposed to be large – very large, in fact. A mansion should not only stick out in size when compared to surrounding structures but also homes worldwide: the size of a decent mansion should send the same message no matter what a person is used to seeing.

After size, the design also plays a role in determining whether a structure is a mansion. In theory, every home of sufficient size can be called this, although that’s rarely the case – mansions are expected to have a lot more going for them than tall walls. Therefore, your average mansion should boast novelty architectural displays with conspicuous expensive materials around every corner – the best mansions are discernible as such from far away and their owners know it.

And what about the interior? While it should technically play the smallest part in labeling something as a mansion, it’s the interiors that often have people thinking of the term even when the structure itself is smaller in size. Simply put, mansions are meant to have rooms for leisure that the average person can’t afford. As already noted, people’s understanding of this has changed: while a personal library was once a good example of an extra mansion room, modern mansions come with some of the most outlandish additions you can think of. The mansion owner usually assigns separate rooms for hobbies, meaning today’s mansions can have pool rooms, spas, home theaters, tennis courts and anything else that the owner might enjoy doing.

Does my friend live in a mansion?

The reason many people get curious about what defines a mansion is because we all know someone who lives in a large house – could we tease them about being mansion-dwellers?

While a large home can indeed translate to a mansion, this is far from a rule: a house consisting of 500 square meters could be called a mansion in one area yet ordinary in another. The neighborhood plays a big role in people’s perception: plenty of residential areas out there consist mostly of large houses with ordinary exteriors and interiors that could hardly be called mansions.

To figure out whether someone you know owns one, ask yourself the following: is the home notably larger than those around it? Furthermore, does it have several rooms that the owners don’t really need but have nonetheless paid a pretty penny to build? And lastly, does the home’s exterior remind you of money?

If one or more answers are affirmative, there’s a good chance that the home is indeed a mansion and you should ask for a full tour as soon as possible.